The Art of Music 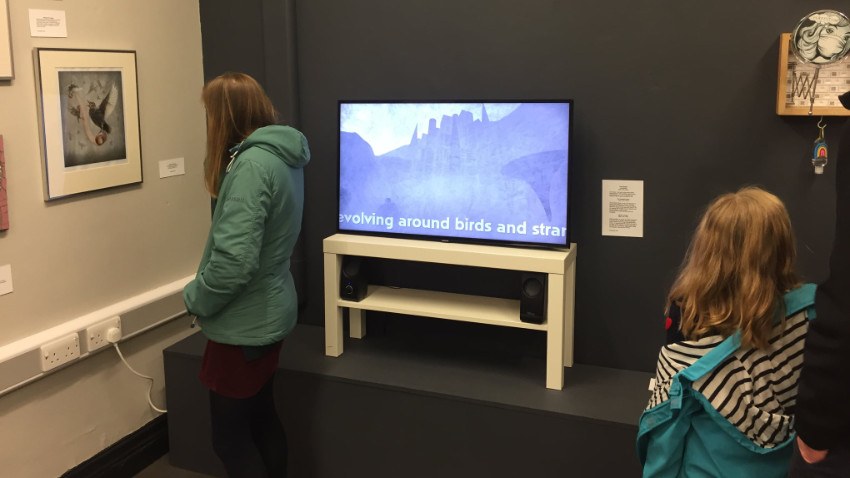 When I do video art, I begin with a pile of visuals that have fascinated me. Then I go and look for music, not with an obvious intention, but with an idea, which grows with the right music. This connects with a long interest in music, spanning contemporary music, back through jazz and blues, folk, and classical from Modernist to Early Music. Then I start to edit, working the two together.

The idea of composers who writes music, which they expect others to perform and bring their own creative attitude to, connects with my interest in Creative Commons and with Second Life. The barriers are flexible, permeable and inventive, rather than being protected money making ventures guarded by commercialised copyright. There is no such thing as originality, as others have argued, for we are always reworking what went before.

So an exhibition called The Art of Music would seem a natural fit for my work, and so it is. Opening in Lancaster on the 15th October, it brought together a wide range of artforms, and some excellent work. It was also interesting to read how each artist had been influenced by music. Returning again to that theme of reworking what others have done – that it is music to art is still reworking. They are not totally separate.

And again, it is work from a virtual world, Second Life, being seen in an unfamiliar audience in actual real space. Bridging the gap, one speaking to the other. Another passion of mine – I want to share and engage with others.

I submitted three pieces of video art, thinking one would be selected. Instead, they are playing all three in a loop. The Constant Falling, white and indigo, and Innominate (which is showing in the heading image). The art event was a part of the Lancaster Music Festival, curated with King Street Studio Arts @5a King Street Lancaster. I’d chosen three video artworks that were classical music extending over a range of styles, although all intimate chamber music rather than orchestral.

What I love about the editing process is the way you get to know the piece of music. It has to be played repeatedly, often in segments, listening to the timings and how it pulses. It’s like a kind of beat, but more complex as the pulse flows on and off the beat, and its about trying to find the emotional thread.

I appreciated greatly there being speakers, with no headphones needed. It gives the work space to live and breathe. And so many interesting conversations about the work as well.