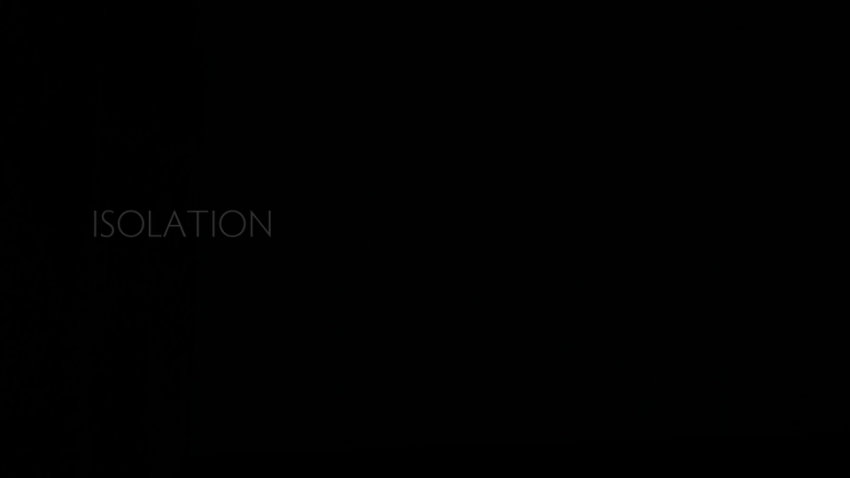 CapCat Ragu‘s exhibition, Isolation, at Ribong Gallery in Second Life, is the subject of this post. However, it’s prompted a lot of thought about how arts, humanities and the sciences are related, and in particular in the time of Covid-19.

Several years ago, I read the introduction of Brian Massumi’s Parables for the Virtual as part of a course, in which he talks of how art should use ideas from the sciences and reinterpret at will. As someone who has worked across both as well as the humanities, it left a lasting impression – and not in the way he intended.

It’s not that language doesn’t make imaginative connections. A metaphor is how a concept is borrowed from one place and then is inventively used in another. But it relates them together as a means of thinking about both, and the separation is obvious. Massumi seemed to argue that any reuse was legitimate, no connection needed, and ‘sciences’ should not get upset.

I disagree. It is the difference between borrowing and taking. The arts and the sciences both have sets of meanings, which are shared and understood by society – it’s a three way discussion, and not just a question of taking. Nor is it just about wanting others to get it ‘right’, as he dismisses those who hold my view (Massumi: 9). I well understand science as an ongoing exploration. Science has findings, so what is ‘right’ is conditional, and thinking changes and evolves, however imperfectly human institutions may be.

But my disagreement is also linked to visual imagery and photography, and the debate around war photography. The photograph is never purely objective – it always carries a message and is framed. It says something about those participating in it, both the subjects and the photographer. If it didn’t ‘say’ anything, it would be so meaningless that it would not get attention – and bearing witness is the point.. But there is another angle in the debate – of whether it turns human suffering into a mere spectacle, where the aesthetics swallow the consequences (Ramamurthy: 198). It is a contradictory combination that is always present; the question is about the balance between the two.

The artistry of Covid-19 holds this same conflict for me. Face coverings and face masks have become very symbolic but they are not at all equal, which that acutely grates against my science background. Getting it wrong has human consequences. There is no evidence that face coverings are effective – it is no more than a ‘common sense’ idea that symbolises our ideas of mastery and humanity. But it readily collapses into complacency, and if it means people get closer to one another, it is dangerous, a failure. On the other hand with true face masks, there is incontrovertible evidence that they are effective, even if not 100%, and are essential for those in close proximity to those with the virus.

Another image is that of the virus, which is a thing too small to see. In another context it would be dismissed as ‘photoshopped’, but here it is something made ‘real’. It is as if we can kick into touch, dodge it, play with it, something we can master as human beings. It becomes safe, it becomes a spectacle. We own it, and are entertained by it. Except we don’t, and people are dying. I cannot see this as playful.

Massumi also refers to Henri Bergson’s writing about Zeno’s paradox. Zeno, was an ancient Greek philosopher, and his paradox was that all movement can be broken down into a set of moments of immobility. It is in the human mind where immobility is connected into a movement, a continuous event. Yet as humans, we are are now being made immobile by lockdown and isolation, by something invisible, whose motion we think we can trap with any piece of cloth or paper.

Historically, isolation has been a human experience, taking different forms. It was the experience of being a monk in a monastery, to varying degrees, of giving oneself to religious belief. Maliciously, solitary confinement has been used as a means of breaking another human’s will. And lunatic asylums were where those deemed insane were confined to keep them away from the rest of society, of which Bedlam was the most notorious. Its use is to protect those outside from their fears, while sometimes being justified in terms of protecting those isolated. It is not playful. Even this last week, The Guardian was reporting on how care home residents were just ‘fading away’ through isolation. The last sense of meaning in their lives, their family, falling away.

Because of the absence of symbolism, CapCat Ragu’s exhibition, Isolation, at Ribong Gallery in Second Life, really drew me from the start. It is quiet. It is dark; just four pillars, with an outside world isolated inside, strangely located and inverted. The virus is not present, but implied. The patterning might be allegorical for a virus, or is that just my imagination, like a fear in the dark? The experience is of emptiness, a void between. Like isolation. No symbolism, no costume, no motive, no meaning. Just there and not there simultaneously.

It was an exhibition I felt I wanted to engage with. So here it is.

3 thoughts on “Art, borrowing, and science”