Are the limits on machinima relevant today? 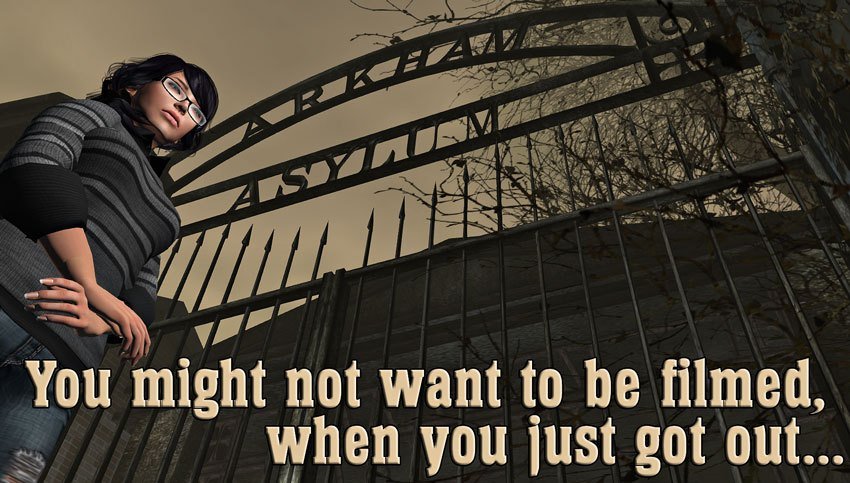 Linden Lab has long granted licenses to Second Life residents for the taking of snapshots and machinima, reflecting how Second Life was established as a user created space that encouraged creativity and content reuse. In many other games, where they were created by teams of developers, the making of machinima was contested as a breach of copyright. But what was enlightened in 2003 when Second Life started (or even in 2011 when the snapshot and machinima policy was revised) seems rather archaic now. The different approach to photography (snapshots) and video (machinima) no longer makes sense.

According to a survey by Cisco, in 2006, only 32% of internet users had ever watched a video on a sharing site, and less than 10% had watched a video during the day before the survey – by 2009, the percentages had doubled. Now, eight years later, this is an irrelevant question as all social media platforms have adopted video, and it has also become a core adverting medium. But the biggest transformation is that video is no longer only consumed but has become a form of popular image-making as normal and everyday as photography. The ‘iPhone (and subsequently all smartphones) changed people’s mindset and attitudes towards images’, and the compact digital camera that only takes still images has increasingly been displaced since 2011. The camera manufacturers did develop video and wifi capabilities, but they treated them as premium features – and consumers chose the versatile smartphone instead. So today for a smartphone user the question is not just what to photograph?, but also what kind of capture?, including photograph, panorama or video. And having edited it within the smartphone, the next question is where to share it?

Mobile devices may represent only one fifth of web traffic, but they are how the majority of personal video is captured. Video accounted for 60% of data traffic on mobile devices last year, and Cisco estimate it will rise to nearly 80% of data traffic by 2020. This represents a projected 7 trillion video clips uploaded in 2020, or 2.5 daily video clips for every person. Video is exceeding still photography now in terms of data if not perhaps in number of items, but it is fair to say that both are equally commonplace and pervasive.

So, Second Life’s snapshot and machinima policy, and how it makes a distinction between photography and video, is looking dated. In the policy, the presumption is that in any location, snapshots are permitted but machinima are not, unless the land owner states otherwise. Yet land owners who open their places to visitors are usually keen for others to record their places, and in my experience are surprised that machinima are not treated in the same way as photographs.

Residents whose avatars are shown in a snapshot need not be asked for consent, whereas they do for machinima. At a practical level, a machinima maker will turn off their User Interface during filming, so in an event where people are coming and going it is impossible to keep track of who is in a machinima. As for someone capturing a few seconds of video at a social event that is intended to go up on Facebook – the formality of permissions is in stark contrast to the actual world where it would be done spontaneously within minutes.

In the actual world, the social distinction in use between photography and video has largely collapsed for users, and uploading photos and video are no longer separate processes in any of the main social media platforms. This is a convergence – at the same time as video has become more normalised, photography has become more problematic – and the public response to both has become more contradictory. ‘We insist on the right to privacy and, simultaneously, snap anything and everyone we see and everything we do – in public and in private – on mobile phones and digital cameras’. Partly as a result, the method of image capture no longer maps simply onto degrees of privacy. The question (or maybe fear) of harm, in particular malicious harm, has become more significant.

Second Life’s Snapshot and machinima policy unproblematically refers to privacy as if the complex actual world concept drops cleanly into a virtual world. It also refers back to a time when to be ‘caught on video’ implied skulduggery, a compromising situation and a blackmail letter. Privacy is a dubious concept in a virtual world where cameras can move through walls, and recording moving or still images can equally be used for good or ill. The real issue at stake is harm, which is not referred to in the snapshot and machinima policy, but is dealt with in the ‘Community Standards’ policy. (as of 2020, a Linden Lab webpage).

At the end of the noughties Second Life was an example of good practice by allowing residents to create images and video freely. But time moves on, and the story of the digital camera and the smartphone provides a lesson. If Linden Lab want to keep Second Life relevant and competitive in the online world, surely it is time that the snapshot and machinima policy was revised in line with what people do in 2017 – not what they did in 2011 or 2003. Residents shouldn’t have to go through tortured explanations, such as Strawberry Singh felt she ought to for her call for vlogging submissions. Surely it is better to encourage value creation instead, and to encourage residents to share their Second Life in the most popular media form of today – video – and to make machinima in the most imaginative ways that they can.

‘Most great street photography is great precisely because it operates on the borderland between intrusion and observation’. Perhaps too, machinima is destined to always operate on the edge, bending and challenging in order to break out of the safe zone contained within the rules of the game.

8 thoughts on “Are the limits on machinima relevant today?”