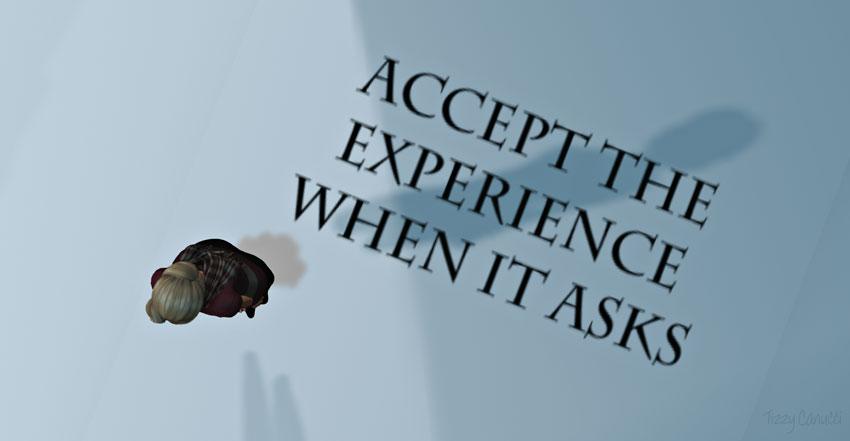 This term I have been teaching for the first time, and there were two things that I wanted to get across. One is the immense power of the behemoths of the internet (including Google and its right arm, YouTube), and the historically contested nature of the internet. It was never quite the place of harmony the idealists believed it was, as the fights between gamers and game companies over ideas of property exemplified. But it was something of a surprise to go into twitter just before bed this last week to see that this whole scenario had been re-enacted over the past couple of days. In Second Life. Really? In 2017?

But the history of Linden Lab is one of a different balance rather than a completely different model. It is still a commercial operation, unlike OpenSim. Users are allowed to retain their IP (Intellectual Property) – but it is the company policy, not a right the player has. However, Second Life simply could not operate if Linden Lab imposed standard terms prevalent on the internet, as the copyright of content resides with so many people – a point that came up when Linden Lab tried to change its Terms of Service in 2013. And while the balance may be different, that doesn’t mean the tension is any less.

It is to Linden Lab’s credit that they retracted and apologised so quickly over a trademark infringement (link now gone) to Strawberry Singh, a consistent and respected advocate of Second Life through her blog and YouTube channel. However, goodwill is a fragile commodity, so why did Linden Lab get this so badly wrong?

First, take the thing that exacerbated the problem: YouTube. IP claims are not mediated by YouTube but administered by them. Once the claim is made, the process is automated (or more likely, automatically enacted by humans). The person being claimed against can make a cast-iron counter-case, but that in itself will stop the process. YouTube are not the judges: they pass on the message to the claimant, and if they refuse to change their mind (and as they only started to shred you 24 hours ago, this seems unlikely), the claim continues. YouTube’s penalties are harsh, and anyone who wants to retain a presence has to comply. Linden Lab had set a process in chain, and only Linden Lab could review an appeal – and they didn’t change their mind. At this point Berry had to act or YouTube would, placing a strike against her as well as taking down the video. Meanwhile YouTube remains the Wild West of the internet, and Second Life videos labelled as ‘(trolling)’ remain online (No link – I don’t want to add to it turning up in search).

This is not the free market capitalism of Adam Smith, where individuals make personal choices responsibly from moral positions (the hand of God, as Smith saw it). This is corporate capitalism where the minor gods of silicon – Zuckerburg and Facebook, Google, Amazon, and more – decide the fate of mortals. It is company policy – abstracted, self-interested, immoral and amoral – exerted in and lobbied for in near monopoly positions. This is far from the ideals of the Silicon Valley counter-culture. These are the continuing problems of corporate capitalism for the last 200 years, where companies sought monopoly positions in order to be able exploit the market (that is, people living in a human society) more profitably.

But back to Linden Lab. It is notoriously difficult for any business to retain a different ethos in its separate parts. One tends to drift towards the other, and generally in a downwards direction. Sansar, as the new kid on the block, has had a lot of attention, and it is worth considering the kind of ‘creativity’ envisaged for it. It is not the craft, ‘building block’ creativity that built Second Life. Sansar (re)defined creativity as creating experiences to sell so others may buy things to build identity through lifestyle choices. It is the 21st century neoliberal creativity of brands, expressed through purchasing choices as good participants in the capitalist economy.  ‘Democratize’ and ‘social’ are catchwords that sound good, but games don’t give an individual or a community the vote, they create opportunities for expression and exploration. Between Second Life and Sansar are distinctly different visions of creativity, and these parallel the distinction between copyright and intellectual property.

Copyright was introduced to protect the rights of the writer to ‘copy’: the newer language of Intellectual Property transforms the process to one around tradeable commodities, including brands and Trademarks (the issue that Linden Lab pulled Strawberry Singh up on). Copyright has been extended in length several times, and in the case of a few famous authors, this benefits the family or estate. However this was mostly driven by the self-interest of companies that wanted intellectual property protection to up to 95 years after the death of the creator, so they could exploit it or lock it up so no one else could. Copyright represents creativity-as-practice (or creativity-as-process), where the creative activity of people are protected, and intellectual property as creativity-as-property, where things are protected to ensure profits for those who ‘bought’ creativity from others.

This distinction comes to a head on the internet, and in particular in games. Games companies claims rights over their property: gamers claim rights over how they use the game. While some academics claim we are in a middle land now (prosumption) where everything is mixed, this ignores tensions that were never resolved, and the power play that continues still. Nor does it matter that games companies make interactive products and are nothing without gamers – this is not a unique position. The audience is just as important to cinema, and the reader to books. The real difference is around timescales: in games the response can be immediate and in real-time, and in consequence a different culture and set of expectations emerged. Linden Lab was never outside of this tension, despite being ahead of the game 10 years ago. Second Life remains stuck in the past in some of its policies, possibly for fear that any change will offend, and residents of Second Life are always surprised when the tensions surface.

I’ve read quite a few comments by Second Life residents about being more careful. You should always be careful, but be under no illusions (I’m not) – copyright law offers no protection to users. You can read all you like about the terms published with the material, but that never precludes someone making a claim on one element of the work, or making claims for ownership that you are unaware of, or reinterpreting the rules, or, as in this case, applying the rules more strictly. There is only one true test – and that is in the courts. In which case, the question comes down to one thing. Who has the bigger, fatter wallet to pay the bigger, fatter lawyer. Unless, that is, the organisation is big enough to reconsider and apologise – but even then, that is still their choice.