Solitude and the Vimeo Thousand 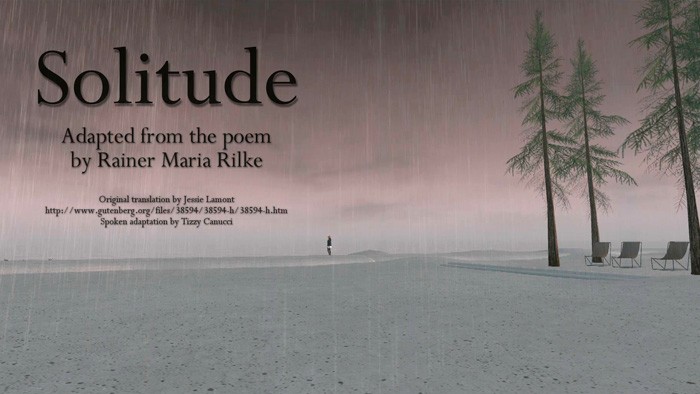 My latest work is very short – ‘Solitude’ – a film poem. I did something that had a similar kind of form last year, but I only discovered earlier this year that the film poem (or poetic avant-garde film, verse-film or verse-documentary) was an existing idea with a history. But there is nothing new in the world, and my background is not in art history.

I found the poem last night, and it had the feel that I wanted. However, it talked about rain and there was no rain at the time. But then, with perfect timing, Serene Footman brought rain to Furillen this morning.

This machinima also marks a thousand plays of my videos Vimeo, after nine months of machinima making. It’s been a highly rewarding period of experimentation for me, after a lifetime of only working with the still image. While I still keep getting ideas I want to explore I’ll keep going – each video so far has explored a different approach or mean of expression.

2 thoughts on “Solitude and the Vimeo Thousand”