The Colouring of Snow 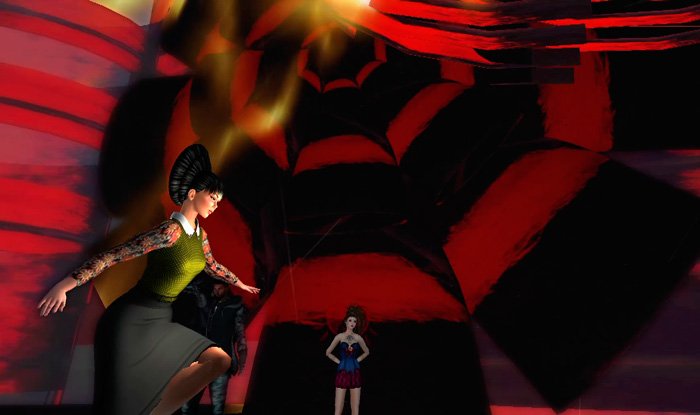 This year does seem to mark a change in emphasis in my work. I’ve now completed fifteen machinima since May of last year. None are very long, but each developed from a different idea I wanted to try out.

But time is limited and something has to give. This has been photography, and I feel that what I have been putting up on Flickr has changed both in quantity and approach. That’s probably inevitable. Although we like to think we are unalterably human and individual in our view of the world, we do interpret the world through the technology we use. As Susan Sontag said, describing the early days of photography, people saw…

objective discrepancies between the way the way that the camera and the human eye focus and judge perspective. These discrepancies were much remarked by the public in the early days of picture-taking. Once they began to think photographically, people stopped talking about photographic distortion, as it was called.*

In the shift to moving image, I’m having to shift my thinking more about time and duration rather than a placement and space.

Editing is also a factor. In my previous business, I took photographs and wrote words to build into two books – I was interested in them as material for the editing process rather than themselves. More recently, blogging has been important to me in providing context what I have put up on Flickr – which I see as a resource rather than an end in itself.

Video has to be edited – it is inherent in the form. I film to edit, to weave threads of visuals and sometimes narrative with music through time. An hour or more condensed and concentrated to a few minutes. And this, I realise, is why I like it so much. Editing.

I’ve spent a lot of time at Furillen this last couple of months. The early part resulted in The Constant Falling but more recently in a machina produced from a Saveme Oh performance – The Colouring of Snow (top of page). Below are shown some of the images that I put up on Flickr – which are quite different from what I was doing last year.

1 thought on “The Colouring of Snow”