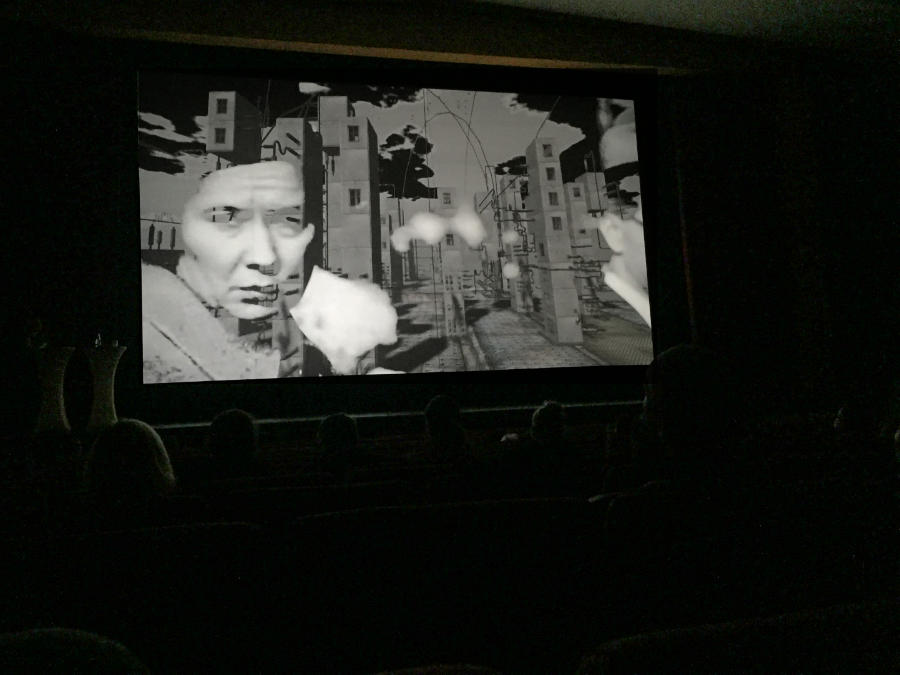 This last month has been so busy, with two film festivals, and with starting a printmaking residency at Edinburgh Printmakers. My last post looked at Supernova in Denver. This one is about the Foresight FilmFestival, which was held at Urania Berlin at the end of September.

The video art (machinima) they selected was Future City, which combines material ‘filmed’ in Second Life and archive film. I talked more about how the video was made in a previous blog post.

I really like it when my video art (aka machinima) gets to a wider audience, beyond Second Life’s users. True, part of that is the sense of personal achievement and satisfaction. But it is also about putting the images in a new context, with a new audience. This inevitably gives them new meanings. Art doesn’t have to be ‘Relevant’ in profound ways, but it certainly should provoke interest and curiosity and arouse also some questions. I don’t think it should just be about a narrative, and sending an explicit message, which is where I part from the conventional view of film.

So here are some images of my work showing at the Foresight FilmFestival:

It was a great experience, especially after Denver. Each chose my work for different reasons, and each had a very different audience. I do feel I am doing something unconventional, which always has more of a challenge in meeting rules based assessments. We need diversity in my view, not because it’s better than – indeed technically it will rarely be ‘as good as’ – but because it speaks to, and of, the world in different ways. Discussing things should be more about the ideas than the quality of language.

So to finish, here is the link to my work: