The Art of Seeing 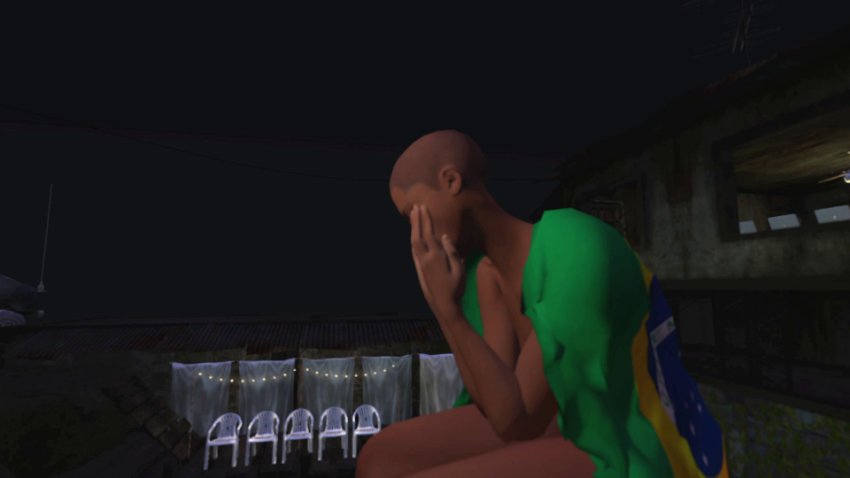 There are certain installations or events that I want to video (and interpret) more than others. I am never quite sure until I get there. Either it is its aesthetic qualities or the message it carries – or occasionally both – that catches my imagination or attention. It has been claimed that ‘digital artists suggest not that we look through the experience to a world beyond, but rather that we look right at the surface’ *, but that is not how I see it. The most interesting work moves between surface and depth. It doesn’t give everything at first glance. Instead it arouses curiosity and interest, to explore the immediate place and discover the world in the background.

This was the case with Deliberare Humanum Est (Because pretending we’re not seeing it is diabolical). This is an installation by Marina Münter at the G.B.T.H. Project, which to my mind is one of the most interesting art sites in Second Life.

‘Political’ digital art can fall into the trap of being nothing more than a display of iconography placed out of its original context. We understand its meaning because we are now familiar with the artistic appropriation of images. But familiarity leads to mere recognition rather than the provocation, where depth has become surface.

However, I see similarities in work like Deliberare Humanum Est with the political cartoon – it points towards the issues. It recognises it cannot change anything on its own, but making more people aware of the injustices and dangers of society has potential. Indeed, in the information at the entrance, Marina says that ‘Deliberare Humanum Est actually brings more questions than answers’.

The work is a response to the recent election of Jair Bolsonaro in Brazil, another in a growing list of democratically elected populist leaders. In common, they claim to stand aside of politics. They regard that as a ‘justification’ for not seeking consensus, as would be appropriate in a true pluralist democracy. Far from being apolitical, behind these leaders is a web of connections to an unaccountable power clique, who are willing to suppress dissent and erase views different from their own. And for Brazil, she threw off dictatorship within living memory, only 30 years ago.

I’ll finish by including some of Marina’s notes that you could pick up at the arrival point:

For this installation I couldn’t have chosen any other place than a favela to go deeper on the amount of damage we have been suffering and much worse is to come. Favelas are usually a place frown upon, specially here in Second Life. Usually we reinforce the stereotype of drugs, guns and prostitution when actually only a low percentage of residents of the favelas are drug dealers and involved with crime, and often they wish they didn’t had to ever hold a gun in their hands.

Deliberare Humanum Est (Because Pretending We’re Not seeing it is Diabolical) actually brings more questions than answers. Inside, there are two rooms: one with a possible reproduction of a home in the favela and other with laptops open with a few real reports in English about Bolsonaro, the military and some of the real damage caused by them.

So here is my video, where I take up the invitation to bear witness.

2 thoughts on “The Art of Seeing”