Book of the Week a couple of weeks ago on Radio 4 was from Landmarks by Robert Macfarlane, and Friday’s edition drew from the chapter on children. It told about Deb Wilenski’s experiences with children who were given the chance to freely explore the natural world. It struck me that the two predominant features that children found or created – doors and dens – are common features in Second Life. My interpretation is that humans retain those same qualities from childhood into adulthood, given the same freedom; in other words, this kind of play is inherently human, rather than being a(n immature) stage in life.

Changes and personal responsibilities and social expectations restrict our freedom for play as we get older, but that does not mean we ‘grow out of it’. In the classic book, Homo Ludens, Johan Huizinga asserts that play is a ‘stepping out of “real” life into a temporary sphere of activity’ (p. 8), and being set aside from the demands of life, it ‘amplifies’ life. Play preceded culture in the development of human society, he argued, and it is the base upon which culture is built. Play and culture are inter-related, and are a necessary part of life, even though they do not meet immediate biological needs. To separate play, as something children do, from culture, as something mature adults do, is to falsely separate the two.

To return to the specific of dens and doors, Deb Wilenski noted that the doors children created in their imagination were never locked – they led to secret and exciting places, for ‘place, is to young children, a wild compound of dream, spell and substance’. And so too in Second Life, doors are constructed as openings to new places, an invitation to ways in, out and through. Doors may lead to a space directly beyond or, as teleport points, jump somewhere completely elsewhere. 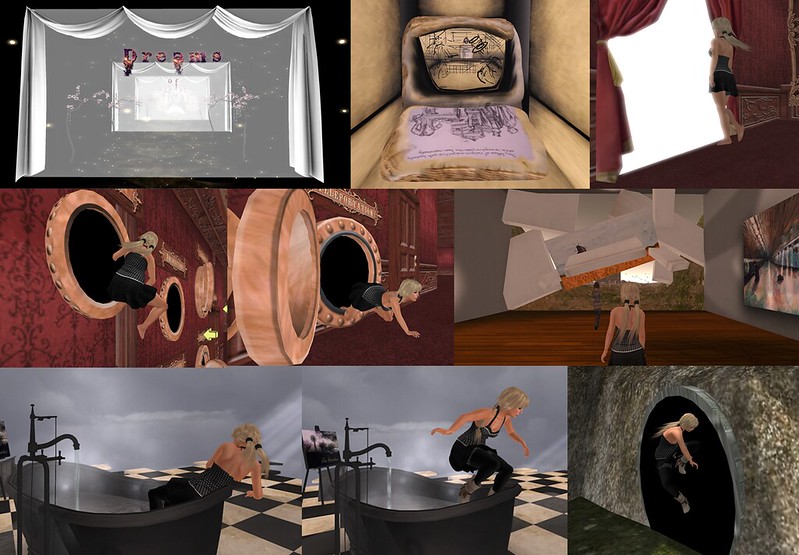 The task of exclusion in Second Life is not given to doors – it is given to security systems, ban-lines and access permissions. Doors are not un-invadable barriers, and so the places beyond are not private in the way they are in real life. This leads to the parallel with children’s dens. Dens are private and exclusive only in the creator’s imagination, as the walls are normally partial and the door more symbolic than physical. The borders of the space are solidified in the imagination. 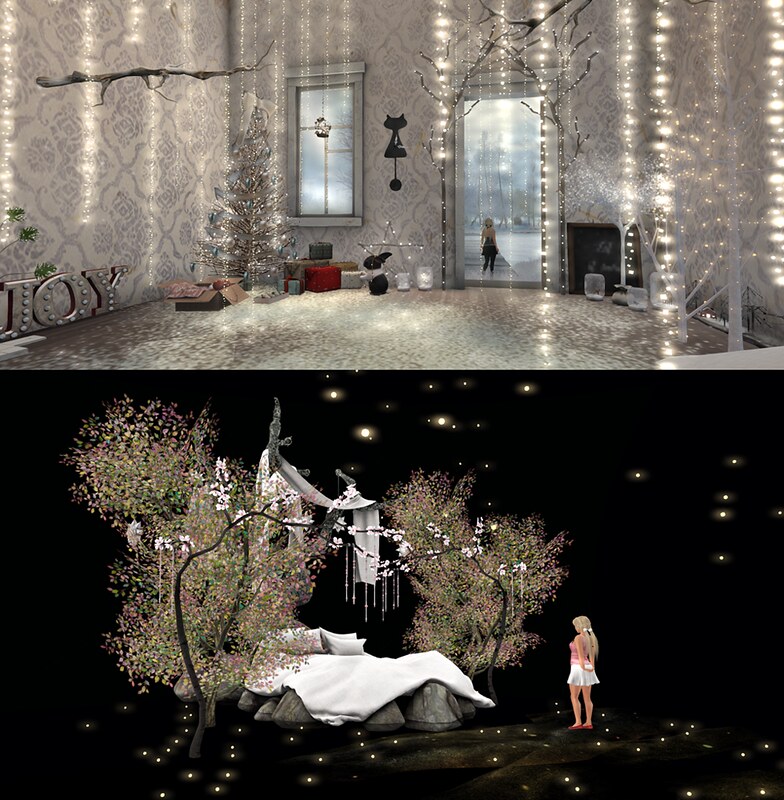 Dens that are also Doors, by Tizzy Canucci, on Flickr

Likewise in Second Life. In ‘real’ life, places such as beds are private spaces, kept behind closed doors, yet may be sited in the open in Second Life. This is a den – a place that is private and intimate through imagination rather than physical barriers. Re-embodiment through an avatar is enough of a veil to be protection from the embarrassment and shame that would ensue from being caught in a similar position in ‘real’ life, yet it is sufficiently transparent to create a connection with the person or people one is with. Crucial in this is communicating with text in IM, which is entirely contained, unlike ‘real’ life whispers that are socially awkward and may be overheard. 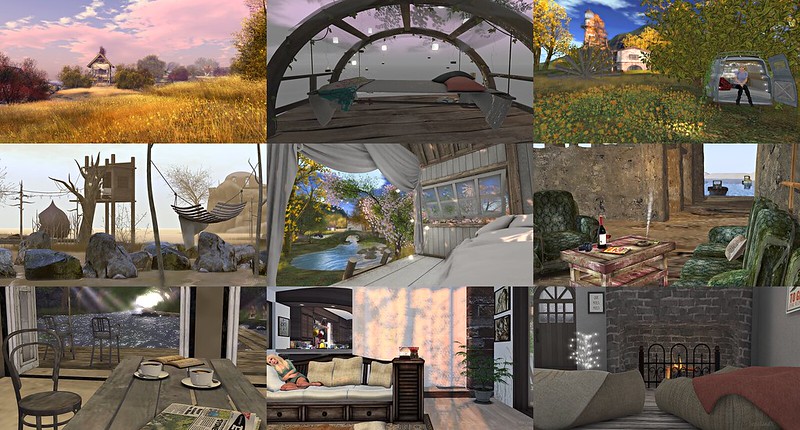 Play happens within a constrained space and time which form a temporary alternative reality that has its own set of reimagined rules and assumptions, which make sense within the context of that space-time. And because we are human, we make cultural forms, and at the same time, we play.