The Ordinariness of being Online

The Rituals of Relationships, and the Ordinariness of being Online

In this post, I’m looking at a couple of quotes that made me think about how relationships online and offline compare. The first is by the writer, Daniel Blythe:

The problem for the contemporary writer is that virtual life is not set aside from the narrative of real life, as a commentary on it. Instagram, Snapchat, WhatsApp and the rest are not methods of recording and communicating the social dimension of life – they are that social dimension.1

The second is by Steve Duck, a social psychologist:

We apparently waste a lot of time doing seemingly unimportant things. For example we spend much of our time talking to other people about commonly experienced events, gossiping, and giving views about one another.2

Steve Duck argues that it is not our emotions that maintain relationships, nor even the knowledge of big or significant things, it’s the apparently trivial and perhaps even irrelevant rituals of life. These ‘irrelevancies’ have been present in face to face contact in human society probably for millenia. Online virtual activity is neither more nor less ‘irrelevant’ than this: it is a continuation of the very same social dimension of human life. Through virtual communications we forge relationships that can be just as genuine or meaningful, and just as rich or flawed. 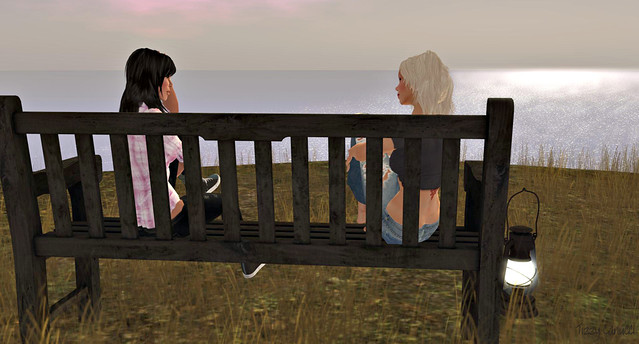 Anyone who has been in Second Life for any length of time will recognise friendships that were formed as a result of:

Our time with others spent looking meaningfully into a mystical sunset, or… spent whining, laughing, musing, drinking coffee together, talking about our shopping needs… worrying, and gossiping… 3

These are the small things in life, around which we establish friendship and affection. We meet people and share time in virtual and real space, which fulfills a desire, or a need, and fulfills Kurt Vonnegut’s statement that ‘a purpose of human life, no matter who is controlling it, [is] to love whoever is around to be loved’.4 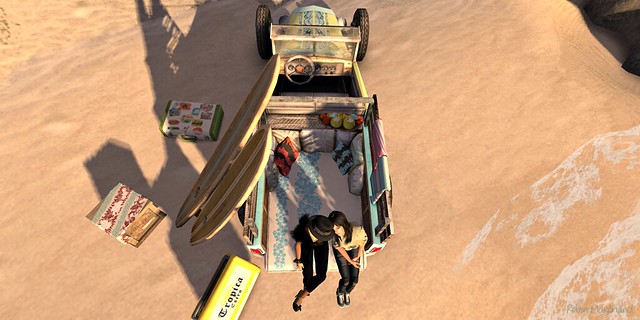