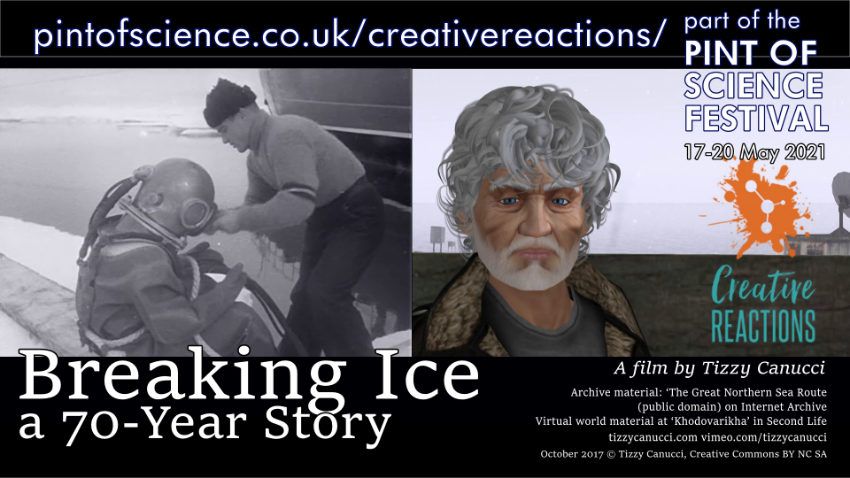 Selected for another event, this time for my video art/ machinima, Breaking Ice: a 70-Year Story. It’s a work I really like, combining archive film with Second Life material. The style of presentation is sometimes called an audiovisual essay. It explores how our view of the Arctic has both changed and stayed the same over time and across different media forms.

The archive film is The Great Northern Sea Route. Made in the USSR in 1947, it relates the endeavour, as part of the five year plan, to reopen the northern sea route through the Arctic after the Second World War. It was broadcast in the United States in the brief period before the Cold War began. The Second Life material was filmed at Serene Footman’s Khodovarikha, a Second Life reconstruction of the place of that name on the Barents Sea coast.

I have some printmaking in it (from Future City video), as well as this work.