No apologies for the re-edit! 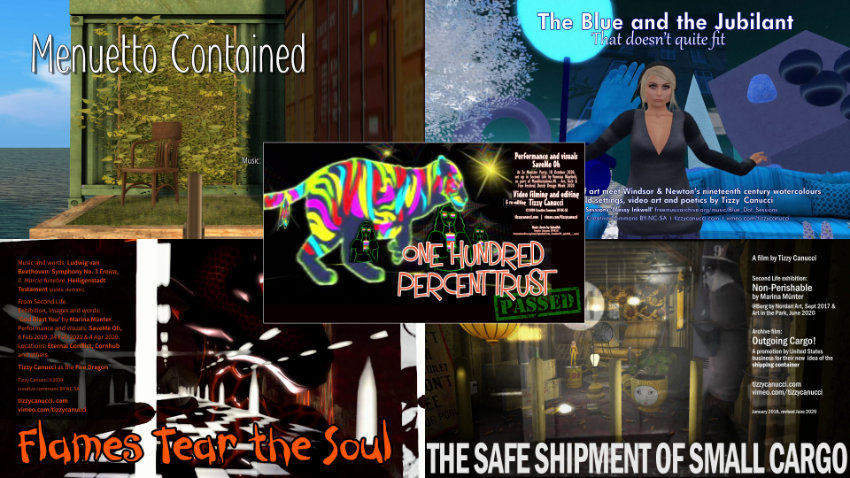 I’ve ended up reworking five of my video works this year with a re-edit. It wasn’t that I was unhappy with them, but I left them thinking they needed something more, but I couldn’t quite think what. Being on line means you can publish faster, but this does not necessarily mean you have taken shortcuts or failed on the basics.

Sometimes work comes together very quickly, like a ‘one take’, but other work just doesn’t quite gel and needs time. Publishing into a new space gives a new perspective, which can lead to new ideas. Simply leaving it doesn’t draw as much attention as having something ‘live’ in the world.

Of course the worry can be that by letting it go too early, people will see that and not the magnus opus you could have made. There are a lot of novels that stay as drafts for that reason. Sometimes you won’t find anything better. Creative works are complex and contradictory. Making one part better may compromise another part. But doing a re-edit can achieve a better balance.

Of course, finding a well-known playwright to endorse your viewpoint helps. Cue Tom Stoppard in The Author last year [130(4): 143].

James McConnachie (interviewer): You are known to keep on rewriting even after a play goes into production, even into previews -even revivals. How much do cast, production team and audience affect your perception of what you wrote?

Tom Stoppard: There is a degree of trial and error. The art is to control the flow of information between stage and audience. It can be too fast, too slow, too oblique, too blunt, in the wrong order, or simply lacking. The correction is not always authorial. A good production is in a permanent state of self-correction, one hopes.

So here are the five, in my order of priority:

Flames Tear the Soul. Some additional material from two events this year that both tightens and thickens the content. It was a big work when coming back after a time away from the computer. And it’s only Beethoven…

The Blue and the Jubilant. This was always a difficult one, as it was an invite to respond to film, and Derek Jarman’s Blue. So it works with some of Derek Jarman’s words that mean a lot in the context of how I work, and shifts a hundred years back to the palette of colours of Windsor & Newton’s watercolours.

‘Here is another kind of art I like: the anonymous, the cobbled together, the hand-me down, the postscript, collaborations between strangers that marry together jubilantly, but don’t quite fit’.

The Safe Shipment of Small Cargo. The exhibition of artworks in containers by Marina Münter was first displayed at Berg at Nordan Art in September 2017. The video I collected then was left until combining it with archive film later in the year. The reinstallation of the artwork, at Art in the Park in June 2020 and then at the G.B.T.H. Project until end of September, meant I could gather more material that I knew I could usefully add to the video.

One Hundred Percent Trust. Very much a work where I felt on first edit that there should have been more. I found some additional material in an unexpected place that could be used to build the dynamics to give them more range and depth. The title is hugely ironic in this context – it was a comment I made to someone around at that time about their work

Menuetto Contained. relatively small changes. Second Life is difficult to film in because, as a user created environment, everything has to be downloaded in real time. This is unlike video games that have constructed by a studio and are sitting on a local drive in the computer. The edits here were mostly about trying to resolve jerkiness and changes in speed.