Behind ‘Falling Between Worlds’ 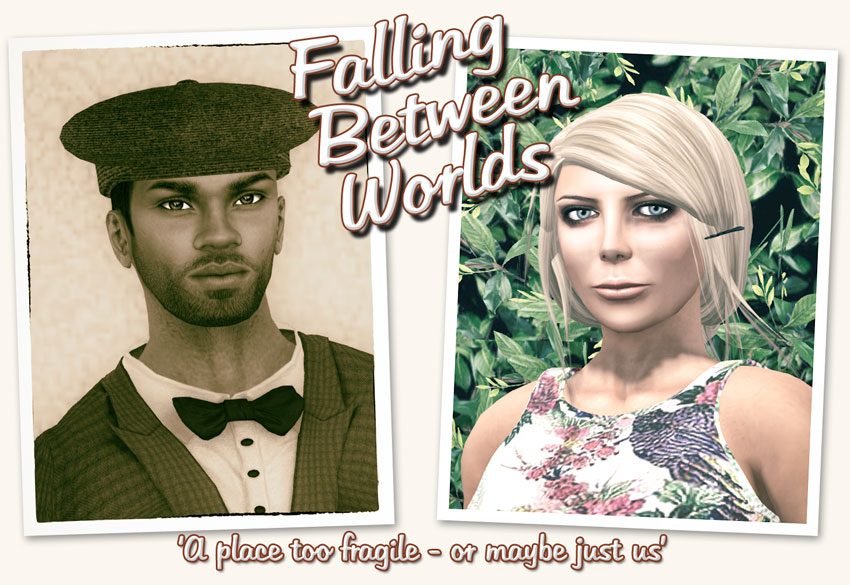 This post about Falling Between Worlds has been long in the making. I have been doing a full write-up of my thought processes and the connections and influences and it is about 6,500 words. Way too long for a blog post! It is a simple storyline on the surface, but it very definitely takes place in a social context. It is set at the time of segregation, lynchings and discrimination in 1950s America. The quote spoken over the opening titles connects it to today through folklore to the rise of the alt-right. The position of Steve Bannon in Trump’s White House administration raises big questions about the direction of US, and global, politics.

Additional note, June 2020: I didn’t expand on ‘The quote spoken’ referred to in the original post, but subsequent events following the death of George Floyd make it more relevant than I imagined when making Falling Between Worlds. This is the full text of what I originally wrote:

Early in 2017, I was watching the inauguration of Donald Trump and Revd Franklin Graham began with an ad lib: ‘Mr. President, in the Bible, rain is a sign of God’s blessing. And it started to rain, Mr. President, when you came to the platform’. In American folklore, which was adopted from British folklore going back at least to the sixteenth century, rain is not a universal blessing but one specifically at funerals. This thought was followed by the recollection that Hurricane Katrina and the flooding of New Orleans occurred during the last Republican presidency, that of George Bush.

This was the idea out of which Falling Between Worlds developed. Furthermore, the position of Mark Zuckerberg, and the complicity of Facebook, is also becoming increasingly contended. The full text I wrote is now available here. But to return to the original blog post…

The politics of today

Bannon was involved in IGE, a company that employed ‘gold farmers’ to gather virtual goods. Many were based in the Far East, and their presence provoked racist responses from western players who blamed the individuals rather than the business behind them. From there Bannon went to Breitbart News, a mouthpiece of alt-right views that provided a base for the viciously racist, misogynist and transphobic online hate campaign, GamerGate. From there on, Brexit as a trial run, then Trump’s campaign, supported by a constant flow of fake news (before the term got turned back onto mainstream media) and forums, particularly in reddit, that supported a far right agenda.

Reading that first makes Second Life blogger Strawberry Singh’s Avatars against Trump campaign seem quite a modest pushback. Nonetheless, I still saw some forcefully pro and anti comments on Facebook and on other blogs. My own view is that there is no neutral position. At the heart of The White House is someone who came to ascendancy through games and online organisations. Political campaigns are driven through online media, it cannot be seen as an innocent space of enlightened thought set apart from the rest of the world. You can either make your views known or maintain the status quo by keeping quiet and retreating into the 3Cs of Second Life: commerce, combat and consensual sex.

Are you really telling me that Shakespeare and Aeschylus weren’t writing about kings? All good art is political! There is none that isn’t. And the ones that try hard not to be political are political by saying, ‘We love the status quo’. Toni Morrison

I’m not going to be able to avoid spoilers in the rest of the blog post, so it’s best to watch Falling Between Worlds now if you haven’t already.

The machinima and its connections with other films and music

Set in the USA in the 1950s, it is the story of two lovers in a time and place where miscegenation was a fear, segregation was the norm, and lynchings were a means of maintaining that social order through fear, outside of the law. ‘Ultimately, what really defines whiteness is not melanin or nationality – it’s power‘, which starts with defining who is ‘white’.

The US Census Bureau has announced there will probably be a new category in 2020 for ‘Middle East and North Africa’. This split out a group that was previously ‘white’ and is a larger set of nations covered by Trump’s ‘travel ban’. Within living memory, census information was used to intern Japanese families during the second world war without due process (George Takei is about to start work on a new graphic novel on the subject) following decades of discriminatory legislation and policies. And so, marginalised and discriminated against in different ways in 1950’s America, Cathy and Sam represent yesterday’s histories and today’s fears.

The music over the first part is Tallahatchie River Blues, recorded by Mattie Delaney in 1930. Little is know of her life and nothing after she made her only two recordings. In the convoluted workings of copyright, as a UK based artist, this performance is out of copyright. But as a black women living on the edge of society who never received a dime of royalties, one has to wonder what right anyone has to own her work and collect money from it nearly 90 years on. It’s a statement about those times that should be in the cultural domain, not collecting odd cents for a third party.

The title makes a connection, with the brutal murder of Emmett Till, a 14 year old boy accused of making comments to a white woman. The trial and failure to produce justice was a significant point in the Civil Rights Movement. I was never going to attempt to tell his story directly – and this article demonstrates why. Machinima cannot hold that much information, especially as dialogue is limited. But by displacing it out of time and place (in a virtual world) it can resonate without direct appropriation. The story remains political and symbolic.

If you know Todd Haynes’s Far From Heaven, you may recognise some parallels. I’d thought of the storyline and done much of the filming before thinking of his film. However, I have studied his work previously and you can never be sure quite how much sticks in the sub-conscious. Alice became Cathy, and the opening titles and poster were influenced by the style he borrowed from Douglas Sirk movies. The pull out shot from Cathy at the end finished on tree blossom, but I decided to extend it for the credits. This follows the final script instructions in Far From Heaven.

I had been struggling to think of a title for the machinima. Far From Heaven was itself influenced by Sirk’s All that Heaven Allows. So I thought it through: as the rain falls from heaven – the gaps between racial worlds – the virtual and actual world – then and now – Falling Between Worlds. There are an extensive number of links between elements, which are summarised in a mindmap (warning, big file).

This is the first love scene I have included in a machinima – and ‘writing sex’ is the most notoriously difficult task. It is veiled visually, but clear enough in context. It is the pivotal point in the machinima. In the part before, I set that raw blues track against meeting and affection. In the part after, I wanted to reverse the contrast. I had in mind a piano waltz and started with a wonderful old recording of Chopin’s Valse de l’adieu, but switched to Fabrizio Paterlini’s Veloma which seemed to work better. I’ve previously used his music on The Constant Falling.

One of things that struck we while making Falling Between Worlds and writing the main piece was just how much avatar skins have changed. I remember in my early days helping newbies in Second Life and how much time I spent looking for an affordable black skin for a new girl. The range of skins is now so much greater, and the variation so much more nuanced. Over the years, technology has raised questions about homogenisation. There were fears in Second Life about standardised shapes for classic avatars when mesh clothes were introduced. Then it was mesh bodies – yet we persistently find ways to be different. I am not saying that visibility necessarily leads to racial harmony – not at all – but it is a better starting point.