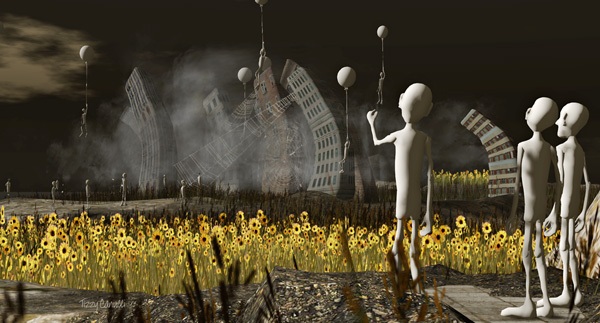 I’ve spent quite a bit of time recently looking at the Linden Endowment for the Arts (LEA) sims, but a couple of nights ago I moved off them and headed towards Black Basalt Beach and L’Arc-en-Ciel. I also recently came across a chapter in a book called ‘The Technology of Enchantment and the Enchantment of Technology’ by Alfred Gell1, the title of which immediately made me think of virtual worlds. In it, he talks about the place of art, aesthetics and value. 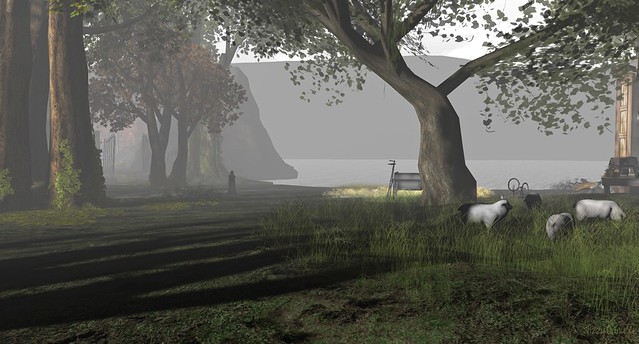 It prompted me to think again about the position of art within the world of creativity. LEA sims have a role as spaces for experimentation, even if it doesn’t always work out as intended – getting things wrong is important in developing practice and ideas. Art is supposed to make a statement and not merely replicate or copy, or simply be aesthetic; as Alfred Gell 1 argued, there are many things that are aesthetically pleasing are clearly not art.

During my longest periods of self-employment I have taken photographs and made models (careful wording, I see these acts as what I do, as a part of my wider activity, rather than them defining me as an ‘ . . . er’). Both, being inherently rooted in realism are regarded as deficient compared to art and sculpture, as they are insufficiently original and too reliant on the aesthetic of the subject matter. They are perhaps at best a craft, a kind of folk art, or a cultural form, but not true art. Games, as the immature sibling of film and tv, are completely beyond the pale; play is not art, despite what children might think, say or do.

This is a reflection of art’s ambivalence to culture in the western world. Art was born out of the Enlightenment along with Reason, as part of the search for Truth. For Descartes, culture was no more than communally and historically accumulated error, and to escape the errors of culture one must look to oneself, as truth can only be acquired though introspection 2. This is a deeply engrained attitude – of the individual spirit escaping communal culture to create truly original work.

Yet the process that defines what qualifies as art in capitalist countries is commodification, the establishment of a work as something of purchasable value. The process depends on there being arbiters of good taste 3 (aka art buyers) and a restricted number of ‘original’ works. Maybe this is a factor in the resurgence of film photography as the artful older sibling of digital, through its materiality, fragility, scarcity and thereby value. And that’s a difficulty in virtual worlds, as they are inherently digital and cannot be judged on scarcity or value, even if they are often ephemeral – I travel from sim to sim with no exchange of money along the way. While access to the virtual world is commodified, the spaces within it are equal and resist commodification.

After a night on two ordinary sims, some observations, as well as what I think made the visit feel worthwhile:

This is quite different from my experience on most LEA sims, which remain closer to the ideals of true art. This is not to say that LEA sim artworks never contain any of these elements. Two works which I thought were particularly good were Pinwheels and Sea of Cubic Dreams. As a re-embodied human, the scale of the pieces was unexpected large and consequently generated a sense of awesome grandeur. 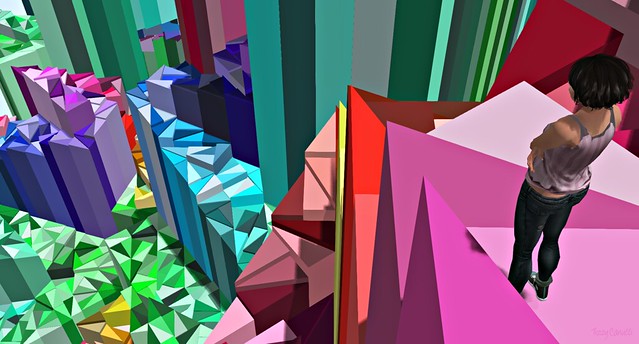 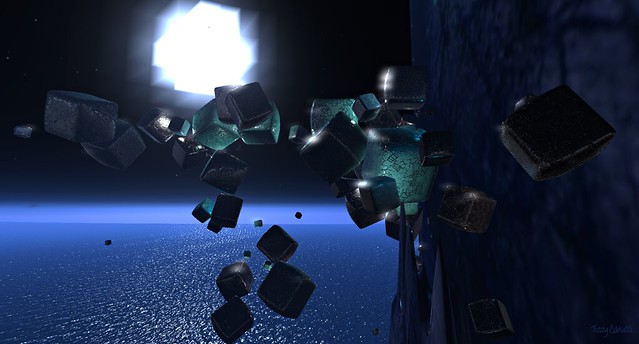 ‘Sea of Cubic Dreams #2’, by Tizzy Canucci, on Flickr

But for me, the true successes in art in Second Life are those that encourage collaboration and innovation. This is present in some LEA sims, two of which are Chic Aeon’s Machinima Open Studio Project (MOSP) on LEA7 and Nothing Endures But Change, Whiskey Monday’s experiment with constantly changing sets on LEA10. 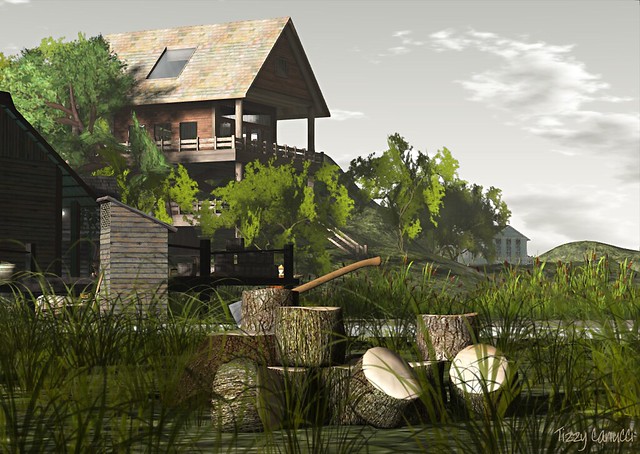 As it happened, on the BBC website today, there is a story about the numbers of UK visitors to art galleries within the UK dropping 4 :

“I was told by nearly all of those to whom I spoke that the British Museum was a more accessible, child-friendly museum, which had a collection that told a rich historical story and related directly to the school curriculum.
What can the National Gallery and the Tate do to regain those hundreds of thousands of domestic visitors that they have lost?”

So, the question is perhaps a wider one. Where does a twentieth century concept of art fit with the experience of people in the second decade of the 21st century, and how relevant is it? In a world of multiple narrative, multi-media experiences, how relevant is static ‘white box’ art – is the experience too limited, the ideas too abstracted?

But is this a new question? I would say no, and this comes back to a difference between art as painting, and photography:

“There is the question of photography’s basic unit of account, which historians and commentators have commonly understood to be the individual photograph – as though the history of photography was the history of painting writ small. Yet not all photographers thought of their work in this way. They took pictures to go alongside texts or to be set in sequences and groups where the arranging was done be a picture-editor. Thus ‘the photographic work’ can as easily be a book or photo-essay as an individual picture” Ian Jeffrey 5.

This is how I have always worked as a ‘photographer’, taking images to go alongside words. It’s how I write this blog, and it is also what attracts me to virtual worlds. The silent LEA sim with a static display, or the replica white box gallery, is emulating a form of art which virtual worlds are not, just as photography is not. This is something else: it is indeed the Technology of Enchantment 1.

2 thoughts on “Art or Enchantment?”