Romp – my first visit to a sex fair 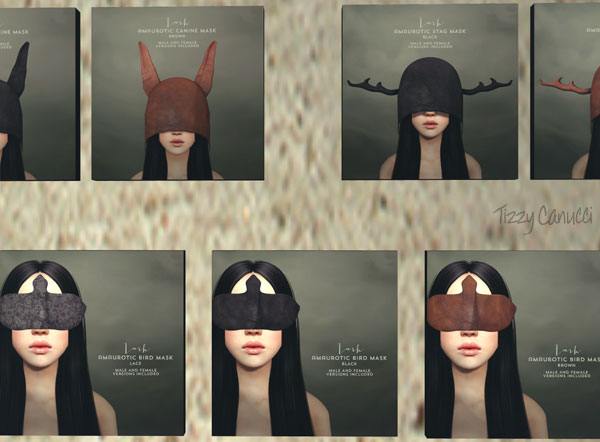 It took a while before I decided to write a post about sex in Second Life.

Well, it’s the stereotype that many folks have – those in Second Life are at it all the time, like proverbial rabbits, let loose with a keyboard and a mouse. And as I write this, bang on cue, an av that is all legs, arse and boobs wanders by. But humans generally like sex, and sex for pleasure is distinctively human. What makes the difference between societies is how religious and political authorities police it. Sometimes it is with a light touch; sex is regarded primarily as a personal concern while no-one comes to harm. Even then, there are somewhat illogical taboo areas, and inequalities and prejudice continue to exist. In other societies, sexual activity is a matter for regulation by religious and state authorities, acting as a moral autocracy through violent suppression of perceived deviance.

Here in Second Life most things go (though there are still limits, most notably around age play). It is a reflection of the freedom that (semi) anonymity within virtual world affords. But significantly, walls are not physical barriers; cameras can go anywhere and sound spills over. As a result of this, sex is something that casual visitors see quickly, early on. In contrast, it takes a mixture of time, experience, knowledge and luck to find the wonderfully beautiful and sublime. But then maybe that’s just like landing in an airport in some dirty real-world city and driving for hours to find the rest of the country. So here I am. It’s a sex fair. ROMP presents Fresh! Inspired Kink (February 6-19). I can honestly say, after six years in sl I’ve never been to one before. There’s a conversation in local chat mixing social banter (Saint wants chicken) with the trials of technology (a new computer means Marty is struggling with her appearance). There is a circle of stands around us showing various wares – and in the first one I see something I haven’t come across for quite some time. It’s an old fashioned bondage frame to tie an avatar up to, except it’s built out of mesh and looking shiny, rather than the prim assemblages I’ve seen before. This is The Gates of Hell, according to the maker, N4RS.

That’s something else I still struggle with. I know this is a virtual world, where immersiveness and presence are so important, where the mind takes you all kind of places. But still. Bondage?

Bind me tie me
Chain me to the wall I want to be a slave
To you all
Oh bondage up yours, oh bondage no more 1

Maybe I’m not the best person to do this. Or maybe I am, being somewhat sceptical, and not a blogger who’ll be sending an enthusiastic IM to a maker asking if I can have a free copy of something to try out. Pleeeez?

Maybe I’m not the best because as a feminist, with a Masters in Gender, Sexuality and Culture, I find this all slightly disturbing. In this world of infinite possiblities, gendered inequalities are not just replicated, but also emphasised. But at a personal level, I can’t be dismissive and say it’s all wrong. Not since I discovered a long standing friend of mine was into d/s. She hadn’t said and I never suspected. She didn’t fit my stereotype of a sub, I had to think about it, learn about how she felt, and revise my views (when I say ‘had’, that’s not entirely true: humans generally make exceptions to their stereotypes rather than change them – sociologists are possibly a slightly different species, being prone to bouts of reflexivity).

A lot the stuff is playful, rather than dark or industrial. A beefburger replaces the ball of a ball gag.

Haste produce rope harnesses that come in any colour you like. And they won’t chafe. Black beds with dark sheets that won’t show a stain (though that might be in the menu somewhere, I guess). Tin tubs by the fire were never as interesting as the ones on offer here, and there’s not a blackened miner in sight. I’d quite go for a hammocks by Artisan Foundry – but it’s the same triumph of playfulness. Lying in a hammock on your own is challenge enough – two people increases the risks by the square, yet there is no danger here. I’m not sure who’d want a penitent statue, but I thought I could always park my bike between the butt cheeks. I did try sitting on one just see what happened, but it didn’t work, and clearly that was not the kind of subversive fun that Lost Junction wanted to allow. Cheeky Pea I liked – I guess I can forgive anything that has a nice texture and colour and offers a PG version (even if my parents’ idea of guidance was ‘no’ and ‘don’t’). Here Lea decided to give me a free display of gyrating buttocks: thanks, dear. So I wander outwards. Futuristic clothing… I’m impressed by it… sleek. More cages, masks, collars, and a rather traditional looking chair with bunny ears by Frogstar. And clothes for the mesh body by Belleza – the ultimate in inflatable suits (my impression of mesh bodies hasn’t change since this blog post).

There aren’t as many poses as I expected. Many of them are clearly designed for the photo opportunity, a pre-arrangement of close passion, not so much a spontaneous selfie, as a selfie-oppie, if there is such a thing. As my av is scale size, I usually end up kissing or groping air and have a period of passion-killing fiddling to get them adjusted. Eventually, and often not very well.

Ĥєηηα dressed in black, bow and arrows slung over her back, looks at some fluffy underwear. It’s sweet. I guess even Gor raiders have a day off sometimes, to bum around their virtual home in their jammies.

I take a look at the avatar profiles of those who are looking around. Two thirds of them are what I’d regard as long term residents (3-8 years) who clearly have found something worth staying for in Second Life. Of the third that are younger than 3 years, it’s possibly not their first av.

I reach the end of the outside circle with some some rather nicely made snuggly men’s bathrobes by Casha Del Shai. Maybe that was a good place to finish; most of the stuff here really is not that extreme, more of a thrill on the side. Much of it is just the kind of things that evoke warm, quiet, close, affection – the love that most of us seek in relationships. 3 thoughts on “Romp – my first visit to a sex fair”