July was a hectic month and blog writing is like a habit. Once it stops completely it’s easy for it to get left behind and forgotten. So I’ve decided that every month I’m going to do a short review of the places that featured in my Photostream on Flickr*. Hopefully this will keep the habit alive and I’ll do some more thoughtful pieces as well.

I’m going to cheat slightly and dip into the last day of June and the first days of August to encompass both sets of Dryland photographs. I’d caught wind that the wonderful Dryland by Anita Witt was about to close. I had to revisit it one last time, especially as I had upgraded my monitor in the meantime. I’m not providing a link as it has all now gone. But briefly before it went, the dried out sea was refilled, which provided another couple of shots later in the month.

Dawn of Radiance is a beautifully rustic sim, in places quite romanticised, with animals and quaint cottages, some spectacular coastline, and some magical woodland. Below is my favourite shot of the set.

Early August was temporarily DERAILED by a visit to a sim with a scattering of railroad lines and rolling stock. 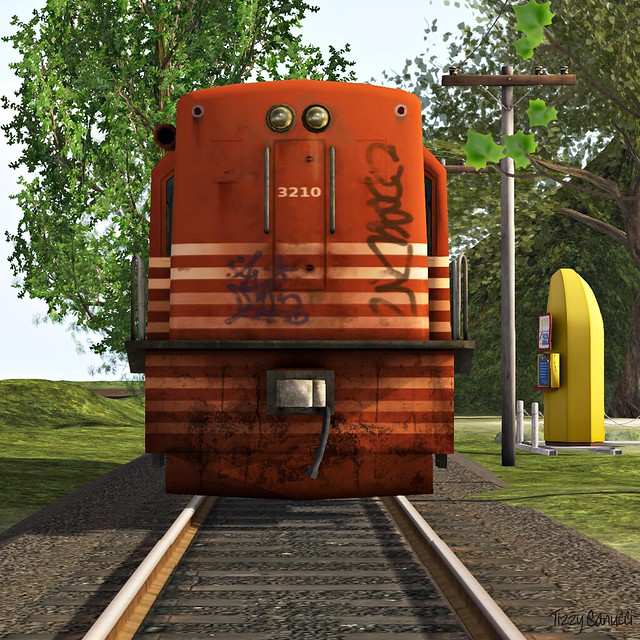 ‘Derailed Down the Line’ by Tizzy Canucci, on Flickr

And so we return to Dryland, featured first in this article. 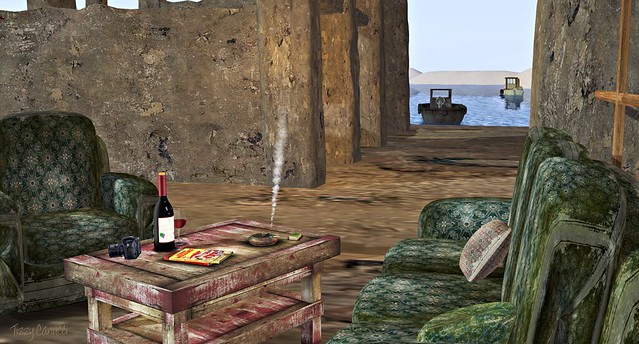 It was a busy month on Flickr. I like writing, but I am a more enthusiastic visual artist – this extends from rl to sl. July was a busy time out there in rl, and I’m hoping for more time to write. However with lots of rl possibilities at the moment, I’m not going to make any promises!

* I continue to have a love-hate relationship with Flickr. They have made many improvements to the layout, which is vastly better than it was. The community of Second Life photographers and artists is great. However, there are periods when it simply appears broken which makes it unusable. A day later, it’s back to normal. Frustrating.