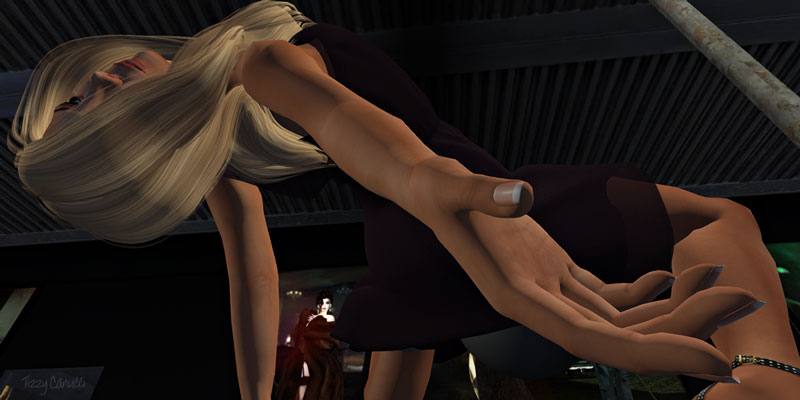 Série Noire is the latest exhibition at Nitroglobus, and features the art of Tutsy NAvArAthnA, an artist who works more often with the moving image than the still.

Nitroglobus is an expansive gallery setting, and as always, the pictures have an imposing presence and sense of scale as you walk through it. Tutsy’s artwork is true to the title; dark, sultry and noir., with scenes of sexuality and  Down the centre of the room has been placed sculptures by Nitro Fireguard, along with lamposts and a Police car. These are interspersed with poseballs. In themselves, the sculptures and poseballs are not exceptional; positioned within the setting they are a successful and integral part of a layered experience. The wall art provides a backdrop of figures and faces looking out. The sculptures establish a 3-dimensional street scene to a different scale. The poseballs form the final interactive layer. This layering is a very effective curational move by Dido Haas.

Nitroglobus is the gallery in Second Life run by Dido Haas and Nitro Fireguard.

1 thought on “Série Noire at Nitroglobus”