Virtual Images of a Natural World The most popular images in my Flickr stream are the ones that feature the natural world. Maybe where I live contributes to my approach – I overlook a valley of woods and fields and hills beyond – but I like both the rural and the urban. I have lived in both and would hate never to travel from here to the big town or city – the two places are complimentary in my life. 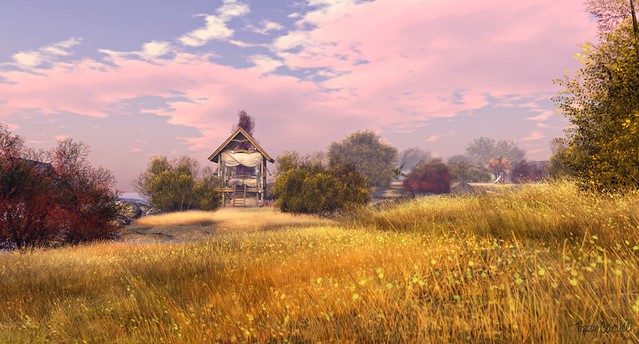 However, the fear that the natural world would vanish from our consciousness in the face of technology is a repeated theme in many dystopic novels and stories about machines, computers and the autocratic systems in which they operate. One short story I have just re-read is E.M. Forster’s short story The Machine Stops, published in 19091. In it, people communicate through technology and never directly, and have become dependent on The Machine, with a quasi-religious reverence. There has been no revolution, no coup; people have allowed The Machine to take over gently in stages. To go into the outside world is forbidden, but it is too frightening and too unknown for most people to ever imagine even wanting to go there. And there is the point – the natural world was not just a place that had become forgotten, it had become feared and rejected and new myths created round it.

Yet the rural is so prevalent in Second Life that there must be a deep human connection that would resist this forgetting, whether this is a perception connected to the real or to the imaginary or myth. However, this kind of naturalist position is often seen as being sentimental and nostalgic, and this is what I will discuss in the rest of this post. 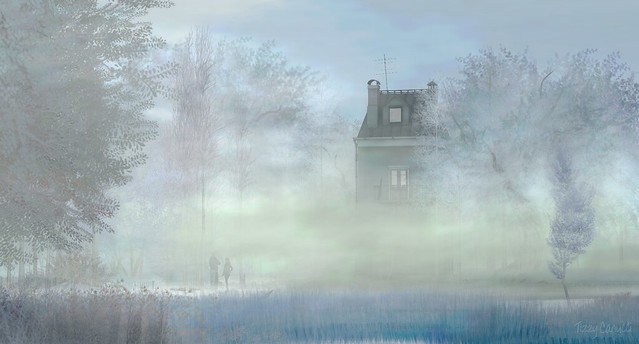 ‘House in the Mist’, by Tizzy Canucci, on Flickr

Oscar Wilde argued in the Critic as Artist2, first published in 1890, that as society becomes more organised, we become less interested in actual life and more dependent on what Art has touched3. This is reflected in art’s rejection of the natural aesthetic during much of the twentieth century, to the point of seeing it as being as parasitic on art. In another of E. M. Forster’s short stories, The Story of Panic, Leyland, the artist, dismisses the natural landform as being inadequately artistic in composition and quality, and deriding the other walkers for regarding it as beautiful; ‘you all confuse the artistic view of nature with the photographic’4.

Sentimentality, or even kitsch, is a charge levelled towards art and photography that takes a realistic approach to the subject. Within the south west of England there is a considerable production of art that strives for the picturesque. While this does not contribute to the development of contemporary art, it can be seen as part of a well-developed tradition which continues to explore the locality through a particular art form (link no longer available). Indeed, it could be argued that it goes further – a rejection of globalised art that requires a knowledge of art to interpret it, and an affirmation of another kind of knowledge – that of geography, history and community. 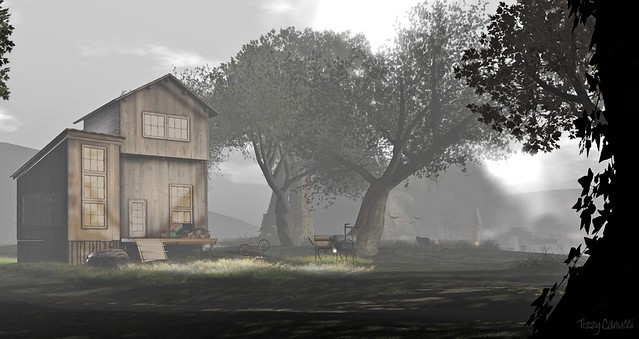 Nostalgia is the other criticism, as it is reactionary, sentimental or melancholic and opposed to progress. It is certainly a response to loss and modernity, but its meaning and significance are multiple, and includes the acts of conscious remembering and historical reconstruction. It is a process of relinking, especially of past to present. In nostalgia, ‘the past is sensuously rather than critically evoked’, as people primarily recall meaning, and then use facts to support. This view was eloquently put by Louis Malle; he felt he could only have made his autobiographical Au Revoir, Les Enfants, released in 1987, 25 years after the event. ‘There are certain distortions, almost as if my imagination… had fertilised my memory. Memory is not frozen, it’s very much alive, it moves, it changes’4. It is not enough to know historical facts, we also need to feel the emotions to be historically accurate.

Being able to identify, and reject, nostalgia and sentimentality is an issue of taste5, a reflection of social capital and class position, and of putting space between a discerning few and popular choices of the masses. The rejection of sentimentality is a means of separating art with value from art without, an essential part of commodification in capitalist societies. The rural has an almost impossible task to escape these cultural snares; it is rooted in history, in the aesthetic and inherent beauty, and the whole notion of heritage for the benefit of urban dwellers swirls around it6. However, ‘it is the ideology of modernization itself that has given nostalgia its bad name, and we do not need to abide by that judgement’7. As Kurt Vonnegut said, the arts are ‘a very human way of making life more bearable’8, both for those who make them and those who appreciate them. Whatever critics might say.