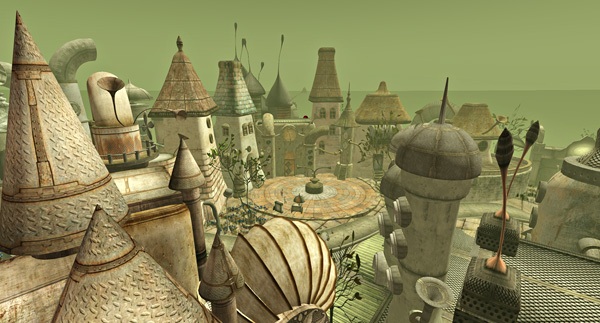 The fantastical, created out of Cica Ghost’s imagination – her new creation is Little Town. It’s a delight to find these places. With fantasy, the questions of childhood memory, nostalgia and playfulness are probably at their strongest. You are invited in on a fairy tale pretense – the occupants have gone away for the day, or maybe hiding. You are invited to explore, take this window of opportunity, as if tomorrow normal life will resume in this town. I found no pictures of the residents; I have an idea in my mind’s eye, but it is indistinct and I don’t want to describe them, as I feel a little embarrassed about my presumptions. And I don’t want to taint your imagination either. But give the residents a thought – please do. 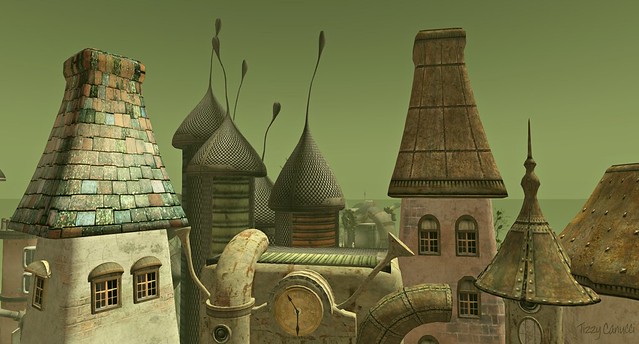 ‘Across the Rooftops: Little Town’, by Tizzy Canucci on Flickr

It’s not often that I put up seven shots of one place on Flickr – I try to keep it to four or five. It is visually wonderful, which almost goes without saying. However, I’ve written about the importance of sound and music before (maybe I should think about doing a whole blog post about it), and here the music choice is inspired – 50s and 60s happy, upbeat easy listening adds considerably to the fantasy feel. 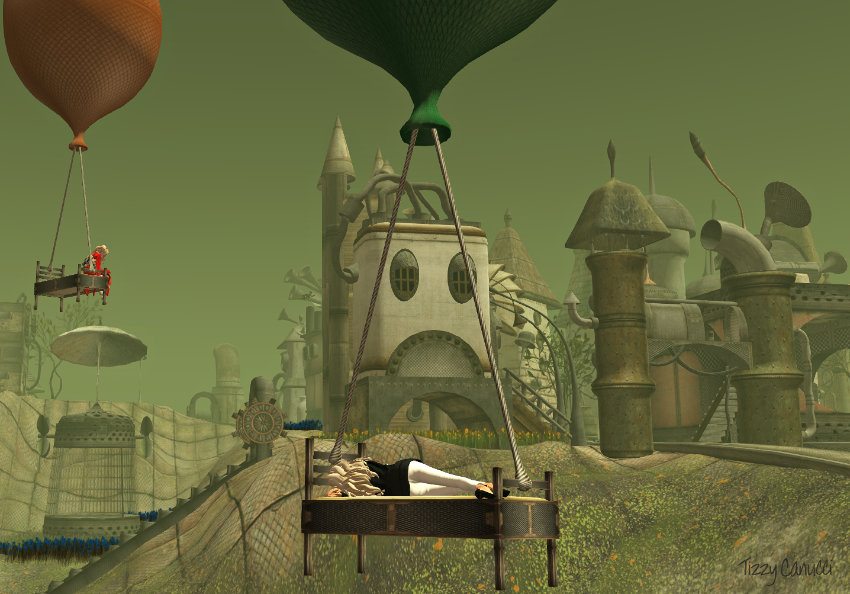 ‘Drifting Away’ in Second Life, photo by Tizzy Canucci

Cica Ghost, the creator of Little Town, was hanging in the sky when I got there, and it was good to be able to give a compliment directly. This is one of those dream-like places, completely immersive. I’d gone in feeling rather disappointed about an opportunity denied in real life, and an hour later I came out in an altogether better frame of mind.