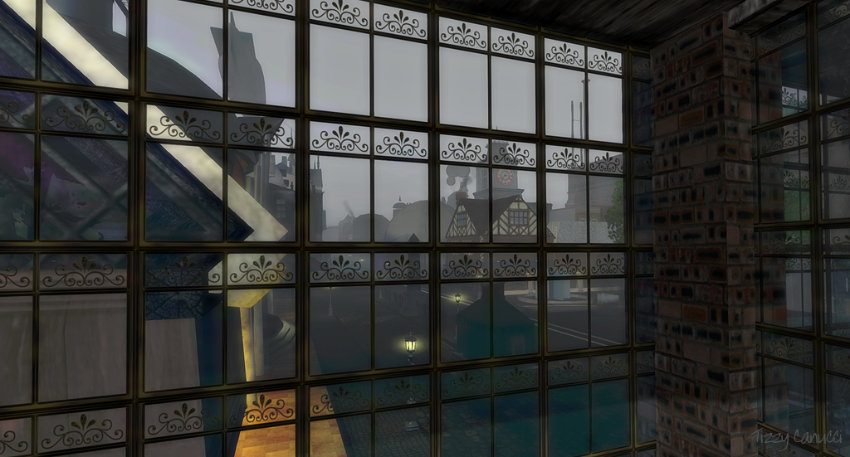 Dark and industrial in a steampunk way, New Babbage is an impressive area covering ten sims. It is certainly atmospheric, with towers, bridges, canals and railways half concealed in the gloom. 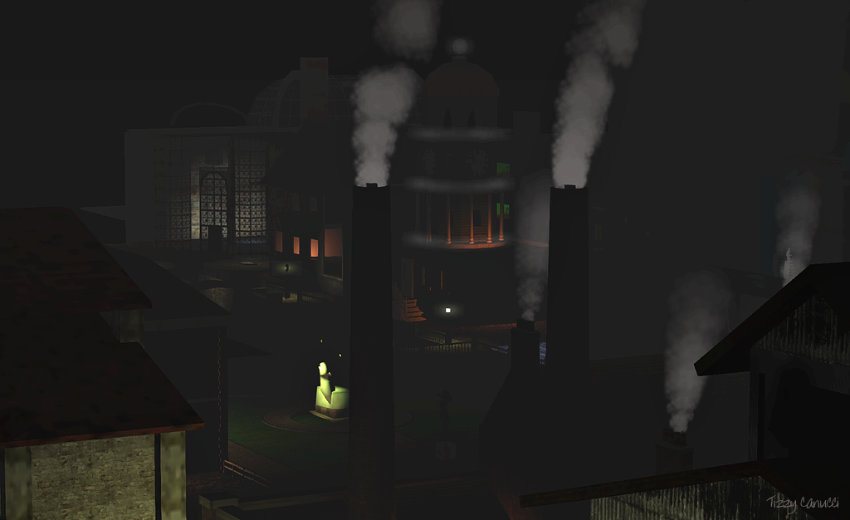 Steampunk is a view of what Victorian England might have become, extrapolating old types of technology forward in time. It has been criticised for being little more than nostalgic fantasy which disregards the harsh realities of the past and is highly ethnocentric. However, it has been argued that steampunk exists today, using the example of London with its layers of technology overlaid across each other. Victorian sewers, the Underground where the rolling stock may change, but much of the system is from another era. A a choked up transport system on the surface. Copper cables from the days of the telegram gradually being replaced by parallel systems of fibre optics.

Steampunk has been criticised for romanticising a white Anglo-centric world which was harsh and unequal, and where life was short and difficult for most1. It is certainly true that hardships are not usually visible in the portrayal of steampunk, I tend to agree with Michael Pickering and Emily Keightley 2 when they argue that nostalgia encompasses a much wider range of attitudes and understandings. It contains elements of utopian thinking and disillusionment with modernity, but equally it is an imaginative and creative exercise of what might have been. Steampunk does not require anyone to forget the inequalities of history; nostalgia involves elements of knowing that the memory of the past is different from the past itself. But as L.P. Hartley wrote in the Go-Betweens; ‘The past is a foreign country: they do things differently there’. Our perception of the past is inevitably a reconstruction and steampunk fuses that with fantasy and imagination.

I teleported in at Babbage Pallisades. From there it is a short walk to the rail/tram station where I took my first shot. After that, it was a general wander, looking out for angles that caught my eye. 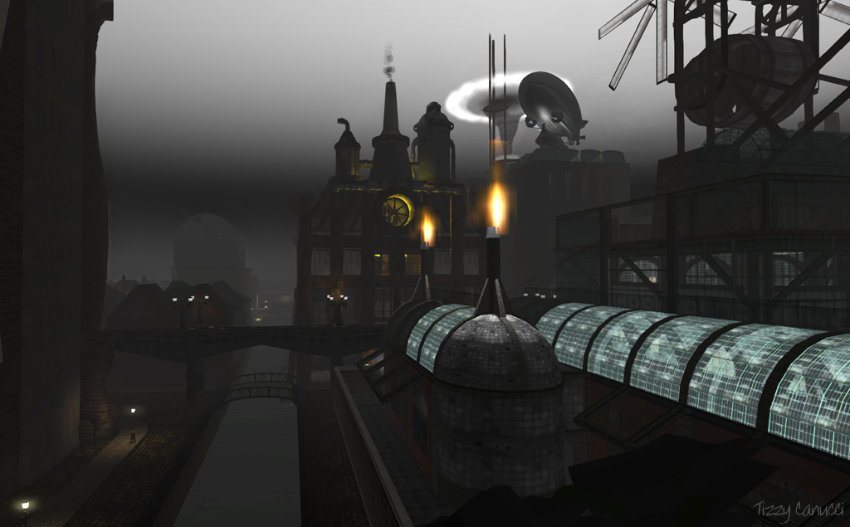 The images have been lightened for normal viewing as still images on a computer monitor. When moving around our eyes look for the light and our brains build up a picture, and we simply don’t view still images in the same way.