‘If this was real life, those gulls would rise as I approached them’, I thought to myself with a feeling of disappointment, as I walked across the sands. At that moment, I’m surrounded by gulls. I’m surprised and delighted. No art or modelling process can capture everything; it’s about capturing the most important things. And this movement is the most important thing about gulls that sit on beaches. 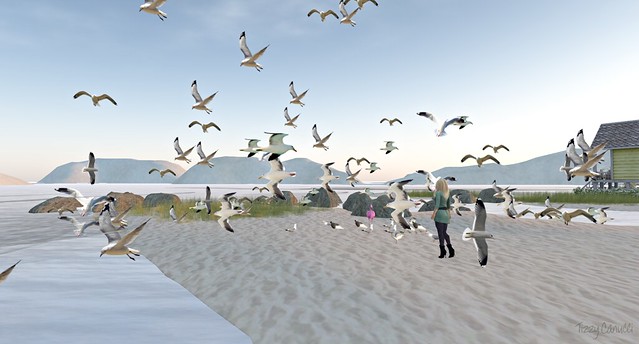 At The Trace Too there is no music stream. Just the sound of water and waves, and the cry of gulls. Quiet, peaceful: water running through depressions in the sand from the sea, sandbanks pushing gently out of the waves.

A clear light bathes everything, fresh, bright, shining, birch trees on the shore rippling in the wind. 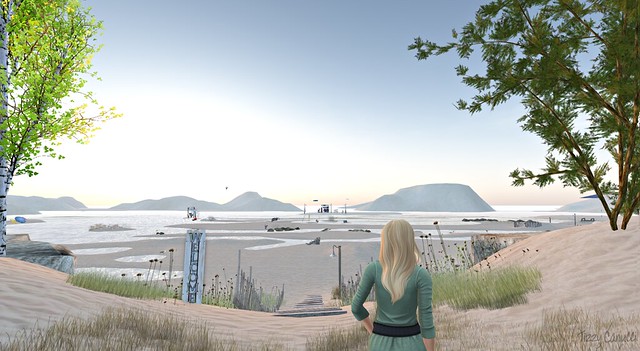 The Trace Too, by Kylie Jaxxon.